Dolly Javed, sister of Bigg Boss OTT fame alias Javed, is dominated on social media. She is no less than an actress in terms of beauty. Dolly has amassed a strong fan following, who love her pictures and videos. Now some latest pictures of Dolly Javed have come out in which she is seen having fun in the pool. His pictures are being fiercely liked and shared.

In the pictures, it can be seen that Dolly Javed is sitting in the pool balloon and she has given such poses in front of the camera which has raised the temperature of the internet. She is wearing a blue colored bikini and shorts in which her bold avatar can be seen. Fans are going crazy after seeing Dolly’s open hair and Kalitana style.

Dolly Javed has shared these pictures of her on Instagram account, which fans are very fond of. Users are not tired of praising him in the comment section. One user wrote, you are very beautiful. Another user commented, you are looking very hot. In such a situation, if someone is calling him gorgeous, then someone’s eyes are fixed on his hot look.
Recently Dolly was seen with sister Urfi Javed. Dolly Javed is a blogger and keeps posting her pictures and videos in different looks almost every day.

Let us tell you that there are 51 thousand followers on Dolly Javed’s Instagram account, which are increasing every day. She herself follows 244 people, including her sister Urfi Javed. Fans like Dolly’s post very much and they keep praising her through comments. 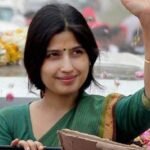 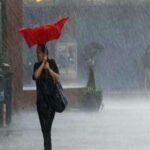 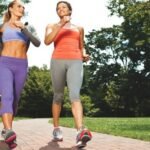 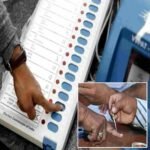